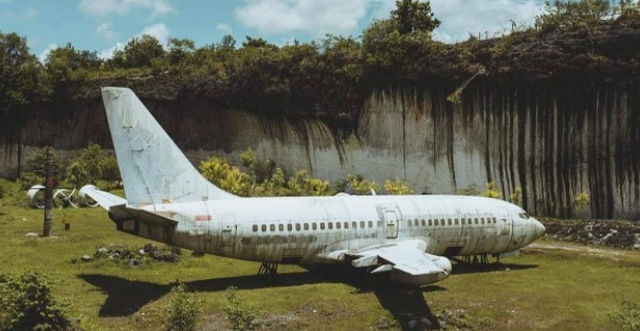 This abandoned Boeing 737 can be found in Bali, Indonesia, and is a popular tourist attraction site. Its features indicate it had been at this location for a while, and research notes it has been there since 2007! The public has been graced lately with the release of the Boeing 737 Max – an improvement to the line of aircraft. However, now that this abandoned one has been seen, there is a major twist to the story, and people are eager to know what’s going on. Being held in position by stilts, it is clear this one will no longer be used. Also, seeing the outside is this good, we would love to see what the inside looks like.